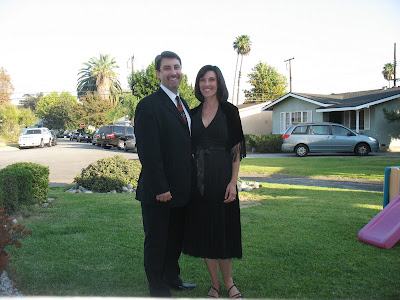 Ryan surprised me with a return to the Magic Castle to celebrate the 10 year anniversary of the night he proposed. We had never celebrated this date before, so I was surprised when I was given a card Sun morning that read, "Happy Anniversary". Ryan replaced the message inside to read, "One magical night ten years ago, you said yes..." It was a wonderfully, unexpected night out WITHOUT our girls. Later, Hannah wistfully said that she planned to go to the Magic Castle when she is grown up.