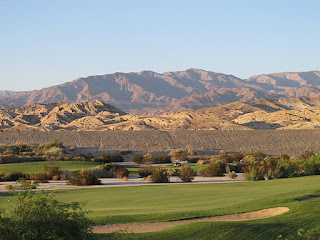 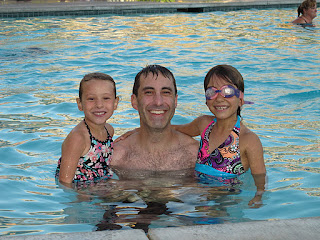 We spent a long weekend in the desert. It was HOT the first two days and then it cooled down to the 90's with a lot of wind. We enjoyed spending time in the pool at the end of the day.

Palm Springs Air Museum featuring WWII airplanes
Watched "The Sound of Music" for the first time with the girls
Children's Museum of the Desert
Bought ice cream and prayed it wouldn't melt before we got back to the resort!
Fed the ducks
Swimming

Alyssa's First Day of her last year of Preschool 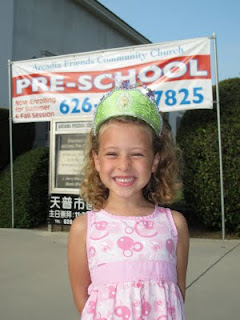 She once again had waffles with ice cream and chocolate syrup for breakfast. And daddy brought her to school. Her teacher is Mrs. Lynne. 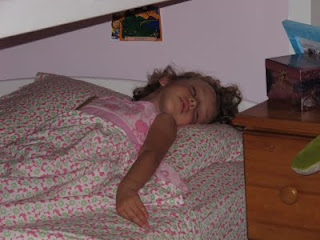 Alyssa was wired when she came home, but crashed at quiet time, sleeping for 2 hours!
No comments: 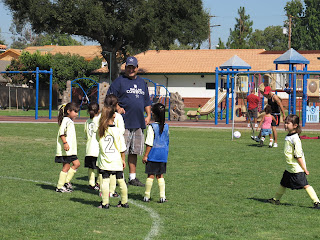 Hannah played her first soccer game. It was a 'friendly" (preseason) game. Hannah was timid when it came to actually kicking the ball. When a play didn't go her team's way, she would put both her hands up to her head (too cute!) She also found it important to chase the pigeons off the field during the game. Hannah is #2. 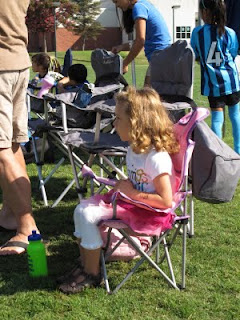 Alyssa brought her own chair and watch the whole game (unlike at practices when she asks to go to the park to play the whole time!) 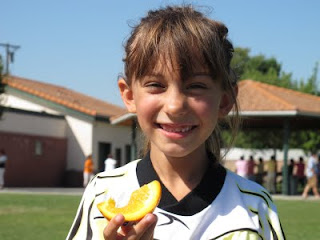 The oranges were by far the best part of the game for Hannah... that and cheering her team on. 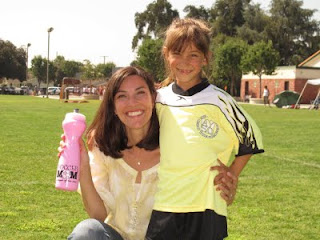 And so it's official. I'm a soccer mom. I only offered to coordinate the snacks for game days and the other mom who is helping out with getting the banner, making the hair bows and collecting fundraising money already had a soccer mom water bottle, so she told me I could have it.

We spent the afternoon with Elizabeth, Matthew and Sarah at Kidspace before the headed back to Idaho.

The girls got to visit with Rosie again...