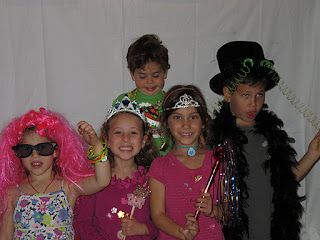 We had fun celebrating the new year with the Mertzel family... good friends, good times!

Celebrating the reason for the season...

A friend sent me the song in an email with the following back story...

While at the mall a couple of years ago, my then four year old nephew, Spencer, saw kids lined up to see Santa Claus. Having been taught as a toddler that Christmas is the holiday that Christians celebrate the birth of Jesus, he asked his mom, "where's the line to see Jesus"?

My sister mentioned this to my dad, who immediately became inspired and jotted words down to a song in just a few minutes. After putting music to the words, and doing a quick recording at home, he received a great response from friends. He sent the song off to Nashville without much response, except for a Christian song writer who suggested adding a bridge at the end of the first chorus. My dad then asked if I wanted to record the song to see what we could do with it. I listened to the song, made a few changes to the words to make it flow better, and we headed to Shock City Studios.

It was at the studio where Chris, owner and producer, rewrote the 2nd verse and part of the chorus... with goose bumps and emotions high, we were all hopeful and felt like we had something special. The demo was recorded in just under 2 hours and sent off again to Nashville... still no response.

Then 2 weeks before Christmas last year, my cousins Greg and Robbie decided to do a video to see what we could accomplish on YouTube. The first day we had 3000 hits and it soared from there. We received e-mails, phone calls, Facebook messages from people all over asking for the music, CD's, iTunes, anything... we had nothing. After a couple of meetings with Chris following the amazing response, we got serious. We headed back into the studio this past spring... this time with guitars, drums, bass, pianos, choirs... the real deal.... and here we are today.

Getting iTunes set up, a website put together, and loving that thousands upon thousands of Christians have come together... remembering the true meaning of Christmas. Out of the mouths of babes come profound truths that many adults can not understand. Hopefully Spencer's observation will cause people all over to reflect on the love of Jesus, and that one day we will all stand in line to see Him. We are most thankful to our Heavenly Father to have this chance to share our music with you.

Merry Christmas everyone.
No comments: 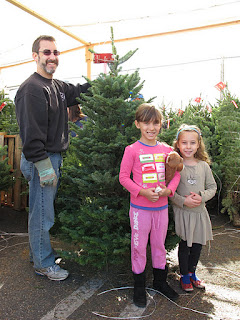 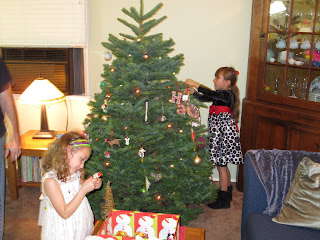 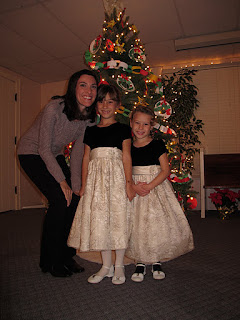 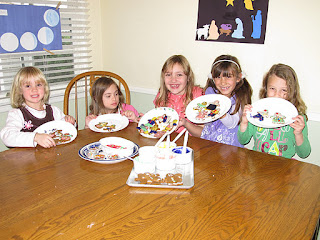 We began our Christmas festivities with our traditional day after Thanksgiving trip to get our tree. Once again we headed out to Home Depot and then the girls got to pull out their own ornaments to decorate the tree. Ryan and I got to sit back and watch as the girls happily worked together. How precious it is to watch them s they ooh and ahh and recall their own little stories about their ornaments. This year I took them to the Christmas Tea at our church. They wore their Christmas dresses and I did their hair. And what could be more fun than decorating cookie with friends! The Rye came over yesterday and had a creatively wonderful time with different colored frosting and candies.

This is the most wonderful time of the year!