It's Show Week at The Little Gym! 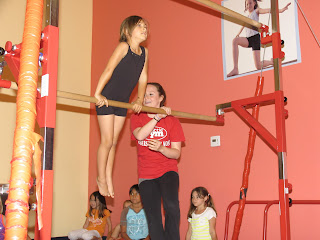 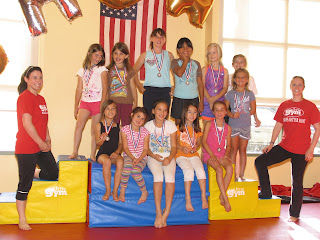 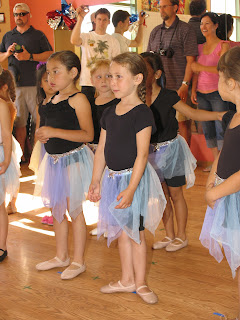 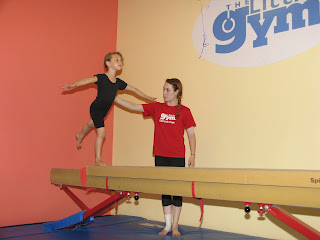 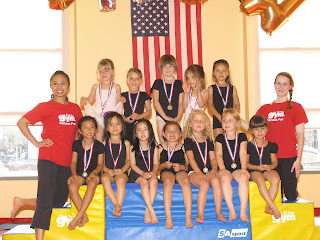 Hannah performed four routines which included group tumbling, uneven bars, beam and individual tumbling.  Overzealous about the bars, after her own turn was over, she kept asking for another turn before her classmates had a chance to get up on the bars!  It's hard to believe that at one time she completely shied away from performing in front of people!

Alyssa performed a ballet and tap routine, group tumbling, bars and beam routine.  She actually went up on the beam again after everyone was done to do a few other skills.  Alyssa also did an exceptionally beautiful hand stand during the group tumbling routine.

Both did a great job and love to show off what they can do.